A Detroit police sergeant accused of failing to act after a fellow officer was killed by a gunman last month is retiring from his job. 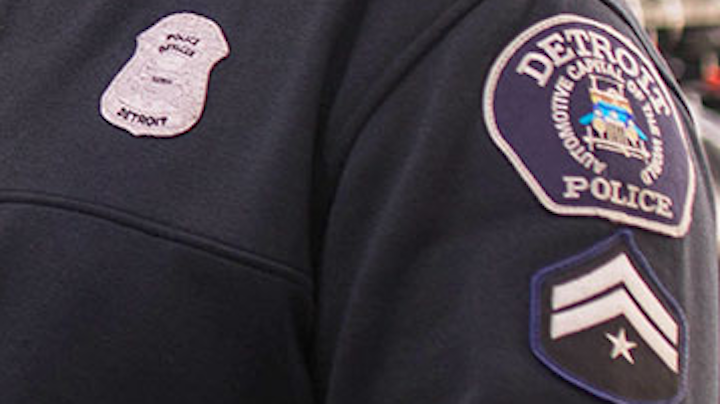 A Detroit police sergeant accused of failing to act after a fellow officer was killed by a gunman last month is retiring from his job.
Detroit Police Department

DETROIT -- A Detroit police sergeant accused of failing to act after a fellow officer was killed by a gunman last month is retiring from his job.

Sgt. Ronald Kidd had been suspended last week for his response to the Nov. 20 fatal shooting of Officer Rasheen McClain. Following a review, Police Chief James Craig criticized Kidd, saying he "sat in his scout car a block away while you could hear people screaming ‘officer down’ on the radio."

On Thursday, one of Kidd's attorneys, Odey Meroueh, released a statement saying: "Kidd was compelled to retire from the police department today." Meroueh added Kidd, a former Marine, "suffered from an episode of post-traumatic stress disorder" on the night in question.

"This episode manifested after a culmination of 21 years in service to the people of the city of Detroit as a police officer, and before that to our country as a U.S. Marine," Meroueh said.

“Our investigation into the sergeant’s actions is continuing," the chief said Thursday. "As to whether or not his inaction amounts to criminal misconduct will ultimately be the decision of the prosecutor when our investigation is finished.“

The sergeant had been previously terminated for cowardice before being reinstated in a deal Craig said he did not sign off on.

Kidd was fired from the police department in 2014 for cowardice after police video showed he failed to act while his female partner was being assaulted by a mentally ill man in a detention facility, Craig said.

Kidd got his job back via an internal plea agreement, although Craig said he didn't agree to the 2015 deal, which he said was signed by someone else using the chief's name. Craig said he's investigating what happened with the signature, which he insisted wasn't his handwriting.

That agreement lowered Kidd's punishment from termination for cowardice to a 68-day suspension, Craig said.

Last month, McClain was killed after he and partner Phillippe Batoum-Bisse responded to a reported home invasion by a 28-year-old man armed with a rifle. According to Craig, McClain called for backup and then led a team of four officers into the house to search for the gunman.

As they descended the basement stairs, Craig said the man fired two shots, fatally striking McClain in the neck and Batoum-Bisse in the left ankle.

On Thursday, the suspect, JuJuan Parks, a 28-year-old parolee from Detroit, was arraigned via video from a Michigan Department of Corrections facility in Jackson, where he has been held on parole violations since just days after the Nov. 20 slaying.

Meanwhile, Kidd's attorney said the sergeant has been falsely portrayed as a coward.

"While Sgt. Kidd mourns for officer McClain, nothing he could have done on the night in question could have prevented the tragedy that occurred," Meroueh said.