Huron County Circuit Judge Gerald M. Prill on Monday sentenced 26-year-old Adam S. Mullin to three terms of one year in jail, plus a fourth term of 93 days in jail. 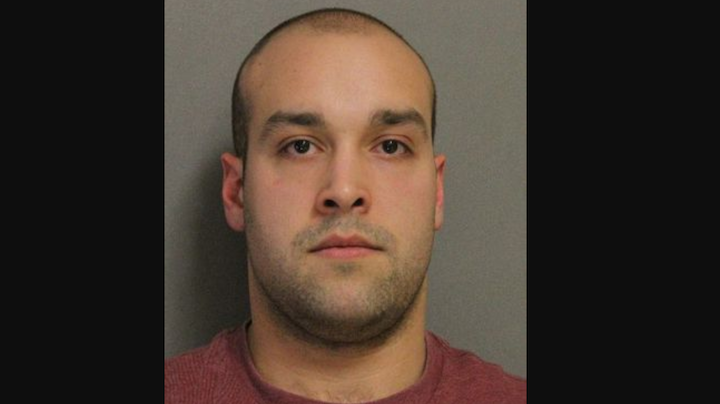 BAD AXE, Michigan — A former Michigan State Police trooper has received jail time and probation for his on-duty assault of a female colleague.

Huron County Circuit Judge Gerald M. Prill on Monday, Dec. 2, sentenced 26-year-old Adam S. Mullin to three terms of one year in jail, plus a fourth term of 93 days in jail. All the terms are to run concurrently.

Prill also sentenced Mullin to three years of probation, which starts Monday. The judge also ordered him to pay $426 in court costs and fines.

While on probation, Mullin is prohibited from having contact with his victim or her family and from possessing weapons. He is also to attend a 52-week anger management-style program and is to receive mental health counseling.

A jury in October found Mullin guilty of four counts — assault and battery, obstruction of justice, aggravated domestic violence, and assaulting, resisting, or obstructing police causing injury. During the trial, Prill gave a directed not-guilty verdict for the fifth count Mullin faced, that of misconduct while in office.

Mullin and his fellow trooper worked together out of the Caro Michigan State Police Post, covering Huron, Tuscola, and Sanilac counties in Michigan’s Thumb region. Police reports obtained by MLive via a Freedom of Information Act request state the two had been engaging in a sexual relationship for a year, during which time Mullin would turn violent.

On Feb. 10, Mullin threatened to kill the woman and threw her several feet within an MSP Bad Axe detachment, the reports state. The woman was injured and Mullin suggested they stage a slip-and-fall during a traffic stop to conceal how she incurred her wounds, the reports state.

By the next morning, the woman was treated at a hospital in Bad Axe before being transferred to McLaren Regional Medical Center in Lapeer. Mullin had taken her to the first hospital.

The morning of Feb. 12, the female trooper’s mother brought her to the MSP Lapeer Post where she filed her complaint with detectives. She was unable to walk due to injuries and was carried into the post by a lieutenant and a sergeant, the report states.

Mullin became a trooper in 2016 and was placed on unpaid suspension upon his arrest. He was married to another woman at the time of his relationship with the female trooper.

Mullin was initially free on bond with a GPS tether following his Feb. 15 arraignment. Judge Prill revoked his bond in July after finding Mullin had intimidated his victim during a preliminary examination. Mullin was accused of mouthing, “You’re dead” to her as she testified.

The Michigan State Police fired Mullin upon his conviction. The agency also moved to have Mullin’s certification with the Michigan Commission of Law Enforcement Standards revoked.

For more details on Mullin’s case as revealed by the reports obtained via FOIA, click on this link.