A Kansas police officer nabbed a $37,500 payout after he got bitten in the testicle by a ball-busting Sedgwick County Sheriff’s deputy’s dog. 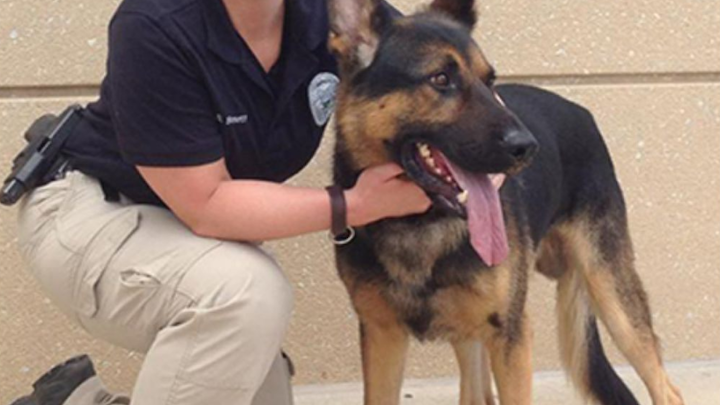 WICHITA, Kansas -- A Kansas police officer nabbed a $37,500 payout after he got bitten in the testicle by a ball-busting sheriff’s deputy’s dog, according to the Wichita Eagle.

Wichita cop Nathan Toman reached the settlement with Sedgwick County after the K-9 chomped on his right testicle, upper leg and right wrist during a burglary call in November 2017, according to documents cited by the Eagle on Friday.

The settlement was approved earlier in November without a lawsuit reaching court, according to the Eagle.

Toman’s lawyers reportedly said the officer suffered a fractured wrist in the canine attack and sent a letter asking for $221,000 in damages from the ruff incident.

The pup’s handler, Sedgwick County Deputy Sarah Sinnett, had successfully sued the city of Wichita for $67,000 after her own run-in with an overzealous K-9 that bit her five years ago, according to the Eagle.