A sergeant with the Detroit Police Department has been suspended with pay after he was accused of not responding to a call for backup in the shooting incident that killed officer Rasheen McClain. 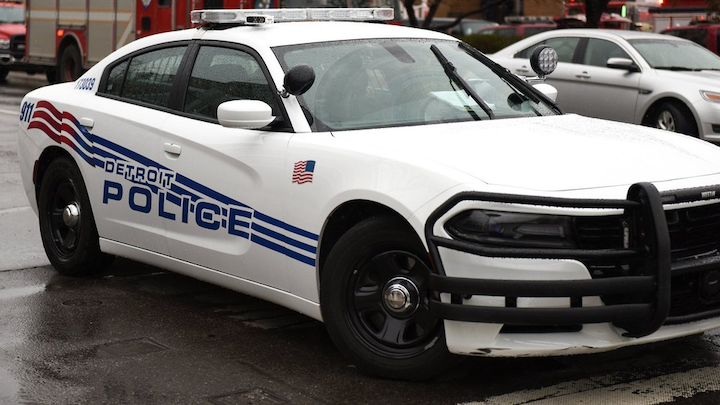 A sergeant with the Detroit Police Department has been suspended with pay after he was accused of not responding to a call for backup in the shooting incident that killed officer Rasheen McClain.
Tanya Moutzalias/MLive.com/TNS

DETROIT -- A sergeant with the Detroit Police Department has been suspended with pay after he was accused of not responding to a call for backup in the shooting incident that killed officer Rasheen McClain. Chief James Craig confirmed the sergeant was called to the scene of the shooting last Wednesday night, but did not respond to the call.

“A determination was made that Officer McClain did request a supervisor, and a supervisor was assigned,” Craig said. “As we did our investigation we determined that allegedly he did not go to the scene in the shootings that happened.

“We are aware, we saw video that supports he did not go to the scene... a grave concern for me and for my team. So much so that we’ve opened an investigation and he is currently suspended.”

Craig said the sergeant has been in his role for about a year and a half and is a 10-year veteran of the force. The sergeant was called to the scene to provide support and direction for McClain and his partner Phillipe Batoum Bisse, who were both shot by a suspect in a home on the city’s west side.

Four officers went to the house to remove a man who was looking for his teen girlfriend. When the officers arrived, the man began shooting at the officers, killing McClain and wounding Bisse. Craig previously said hew believes the suspect was baiting the officers and was hoping to be killed by officers.

Craig would not comment on whether or not the presence of the sergeant would have prevented the shootings, but did say it’s important for supervisors to be on scene for incidents like this so that proper decisions can be made.

The shooting suspect has not been identified as the warrant is still being reviewed by the Wayne County Prosecutor’s Office. Craig says the suspect has a lengthy criminal record and may be tied to other shootings in the city. The suspect is currently in custody and being held on a parole hold.