Detroit's top cop has raised the possibility that the fatal shooting of an officer this week could have been prevented if the suspect had been properly investigated for an earlier shooting. 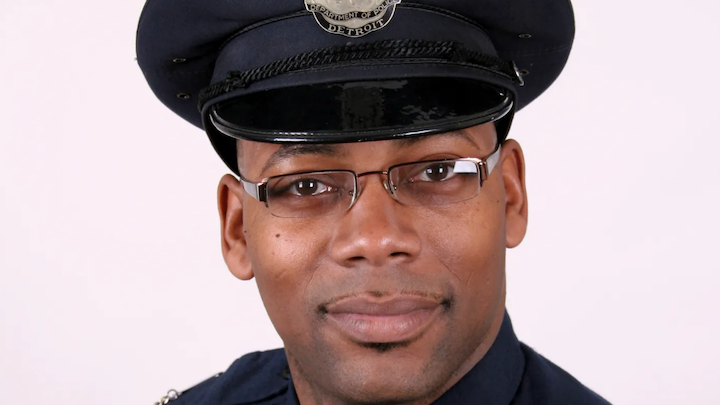 DETROIT -- Detroit's top cop has raised the possibility that the fatal shooting of an officer this week could have been prevented if the suspect had been properly investigated for an earlier shooting.

Chief James Craig has launched an internal investigation to find out what happened, saying he is angry and "some people are going to be held accountable."

Detroit Police Officer Rasheen McClain was killed, and his partner Officer Phillippe Batoum-Bisse injured, while responding to a call about a break-in at a house on Wyoming Avenue near Eight Mile Road on the city's west side on Wednesday. Police have not identified the suspect, who also was shot, but have said the 28-year-old was a parolee with a lengthy criminal history.

The investigation into the incident two weeks ago has come under scrutiny.

If there had been an "appropriate" follow-up, Craig said, the man could have been taken into custody and "we wouldn't be talking about our hero who is no longer with us."

The Wayne County Prosecutor's Office received a warrant request for the 28-year-old in connection with Monday's east-side shooting that killed a 31-year-old man and wounded another man on Knodell Street. But, prosecutors said it was returned to Detroit Police for further investigation.

The Free Press generally does not identify suspects until they've been charged.

Craig said some of the shootings are related to the man's relationship with a 16-year-old.

Craig questioned the thoroughness of that shooting investigation. He said if the police "had identified him in a drive-by shooting, we could have revoked his parole then and sought an additional warrant for shooting into an inhabited dwelling."

Craig said there was an attempt to contact the person in the house and a letter was sent, but he said it appears the follow-up was "lackluster" and not sufficient for such a serious crime.

Now an internal investigation is underway.

McClain and Batoum-Bisse were responding to a call Wednesday night at the home on Wyoming near Eight Mile, where police have said the suspect came looking for his girlfriend.

Craig said McClain's body camera shows he had a conversation with an occupant at the house about the fact that there had been a shooting there about two weeks prior.

Police have said McClain called for backup and, when two other officers arrived, the four of them went into the home, where the suspect had turned off lights everywhere but the basement. Officers cleared the upper levels of the two-story home, but as they descended the stairs into the basement, the man shot Batoum-Bisse in the left ankle and McClain in the neck, police said.

Police have said the other two officers chased the man outside, there was a brief gunfight and the suspect was hit and ran, but was caught about a block away.

Craig described the man as "a very dangerous person," who he said was "tactically trained." Craig said he believes the man "was intent on dying by the hands of police."