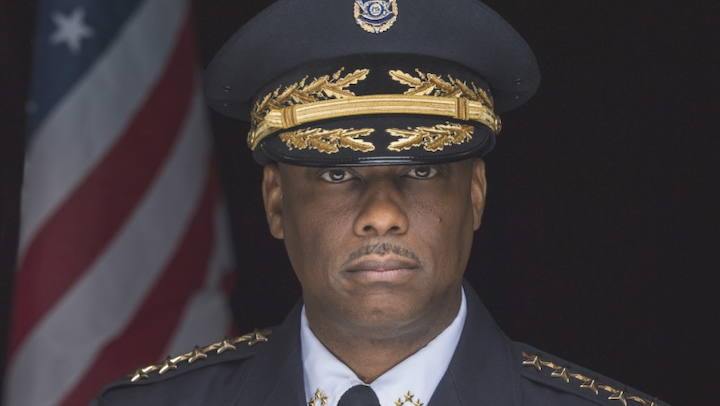 CLAYTON COUNTY, Georgia -- Beloved by supporters, reviled by critics, Clayton County Sheriff Victor Hill is as polarizing as they come.

So while many lauded his move Tuesday to fire two deputies for “cowardly behavior” after they allegedly ran from gunfire that left one man dead, others viewed the move with suspicion.

Why the rush to judgment, they say?

There’s no debating the decision to sack the unnamed deputies, and demote their supervisor for not reporting their actions to command staff, didn’t adhere to typical police protocol. And that’s just fine with Hill’s supporters.

“Great Job! Mr. Hill wish we could get you to clean Congress out for us,” wrote Joshua Weaver on the Clayton Sheriff’s Office Facebook page.

But questions remain. It’s unclear who made the accusations against the off-duty deputies, who were working side jobs Saturday night at the Oasis event center when partygoer Juan Perez Salazar, 27, was shot and killed allegedly by 17-year-old Jorge Beltran.

Officials said Salazar was trying to break up a fight between Beltran and another man attending a quinceanera, a coming-of-age celebration for Latina girls, at the Jonesboro Road facility.

“While my special forces did an excellent job capturing the murder suspect within 48 hours, there were inactions by some of my personnel that was unacceptable,” Hill said Tuesday morning in a public advisory on the Nixle notification service. The Sheriff’s Office does not respond to interview requests.

According to Hill, a witness ran outside for the deputies’ help after the fight broke out.

“When they came inside and the fatal shot was fired, both deputies turned around and fled out of the door along with the fleeing crowd,” Hill said. “To make matters worse, both of them failed to render aid to the victim.”

Salazar was found with a gunshot wound to his chest and ultimately died of his injuries.

“The Sheriff’s Office has a constitutional duty to protect that is mandated by law,” Hill said. “Therefore, there is no excuse that is acceptable for this malfeasance of duty.”

But past actions by the sheriff invite doubts about what exactly happened and how it was handled. Some wonder whether the deputies were fired for altogether different reasons.

“He threw them under the bus without giving them the opportunity to present their side,” said former chaplain Rodney Williams, who was fired from the department after he sent critical emails to co-workers calling Hill an “evil man” and a “toxic” leader. Williams was subsequently arrested and held for three days on a computer trespassing charge that was eventually dismissed in 2018.

“If he’s already targeted you he’ll find a way to get rid of you,” Williams said. “This whole thing is based on hearsay. Was there even any investigation?”

Attorney Lance LoRusso, a former police officer who now represents many cops in court, said it appears the deputies were fired without due process.

“That’s a short time to do a thorough investigation,” LoRusso said.

Hill has clashed with subordinates before. He promptly fired 27 employees when he first took office in 2005, stationing snipers on the roof as the staffers were escorted out of the Sheriff’s Department. And he arrested former deputy Robert Hawes after his wife, Gerrian Hawes, fired off a series of critical emails to the sheriff. Robert Hawes was jailed for allegedly filing false documents and violating his oath of office in an incident related to a missing weapon.

“The responsibility of this incident rests squarely on his shoulders!!” Robert Hawes wrote Tuesday on his Facebook page. “This epic failure is a result of your systemic removal/firing of tenured knowledgeable supervisors to promote your warped agenda!”

Hawes, who has previously announced plans to run for sheriff in 2020, implored Clayton County residents to “take the blinders off” when it comes to Hill.

But voters have remained loyal to Hill through a number of scandals. In 2015, he accidentally shot a woman while practicing police tactics with what he assumed was a training weapon. The woman, a real estate agent and friend of Hill’s, was critically injured. He later pleaded no contest to a single count of reckless conduct.

His law enforcement certification was suspended by the Georgia Peace Officer Standards and Training Council, the state agency that regulates and certifies officers. The council deemed Hill’s actions “unprofessional” and “indicative of bad moral character or trustworthiness.”

Yet Hill coasted to re-election in 2016 with 63 percent of the vote in the Democratic primary, forging a bond with supporters akin to that enjoyed by President Donald Trump.

“Great Job Sheriff!!!” Tommie Reese commented on the Sheriff’s Office Facebook page. “Stand tall even when it is not popular.”