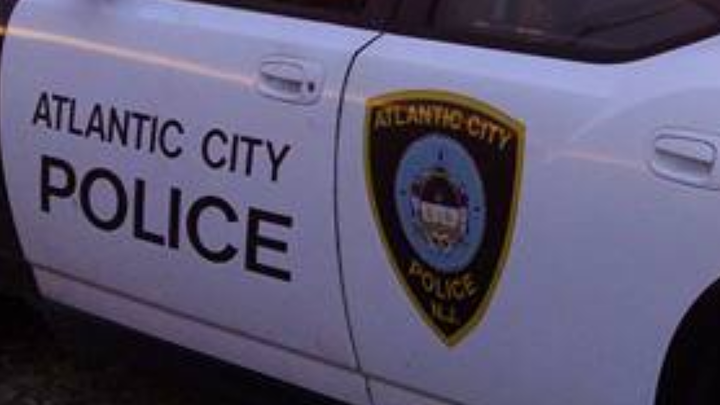 ATLANTIC CITY, New Jersey — As a city councilman, Marty Small Sr. did not mince words about the deplorable state of Atlantic Avenue in the heart of this resort city’s downtown.

“Let’s be honest with ourselves,” he said in comments that some wished he’d kept to himself. “It’s the Night of the Living Dead. It is Zombie City.”

Having ascended to the position of mayor after his predecessor, Frank Gilliam, pleaded guilty to a federal wire fraud charge and resigned, Small is tackling the problem with a beefed-up police task force that two weeks ago placed officers nearly on every corner, flooding the zone between Indiana and South Carolina Avenues.

The difference is immediately apparent, at least during daylight hours. A simple drive down Atlantic finds 17 police officers either walking or stationed on corners, going into shops, and issuing tickets and warnings on so-called quality of life issues like open containers, bike riding on the sidewalk, and loitering.

“I’ve long been critical of Atlantic Avenue,” Small said the other day, repping his beloved Eagles with a team jacket and sneakers during a walk down the street. Residents and business owners greeted him warmly, one calling out “Inspiration!” to Small, an Atlantic City native son.

“We want to get Atlantic Avenue back to the standard it once was when I was a child, when I bought my sneakers and when I got older, I bought my cell phone,” Small said. “You could get anything on Atlantic Avenue. This is Atlantic City’s business district. Lately, it hasn’t been that way.”

Small said he met with Police Chief Henry White and hashed out a plan of stepped-up patrols, drawn from an existing community policing force and other units, to loudly declare a zero tolerance approach to the avenue.

Police investigators have regularly arrested drug dealers on Atlantic, sometimes the same ones over and over again, so much so that police have begun obtaining Drug Offender Restraining Orders (DORO) to prevent the dealers from returning to regular spots, like outside the Popeyes at Indiana or outside the EZ Mart.

“You’re not going to stop crime or stop people’s habits by this,” he said. “It’s our expectations. We’re going to have high expectations.“

The problem has long invited attempts at change. City Councilman Kaleem Shabazz had earlier instituted daily walks on Atlantic that drew in social service providers and some police presence for two hours each afternoon.

Since April, task force and sting operations have led to the arrests of at least 33 individuals, many of them teenagers, on drug and related offenses. Six additional arrests have been made on Atlantic involving handguns, including one man who was wearing the handgun as a necklace, according to police releases.

Last May, police instituted a Neighborhood Coordination Department that put 16 officers in neighborhoods across the city. In August, police announced they would begin enforcing a juvenile curfew law.

But it has been the daylight shopping hours that most vexed city residents and leaders, including state officials who maintain control of the city under a three-year-old legislative takeover. The most troublesome stretch of Atlantic is part of the Tourism District, controlled by the state, which has paid for Class II officers to supplement the department.

On Monday, Officer Nick Grasso stopped Victor Hernandez, 47, from bike riding on the sidewalk at Tennessee Avenue. He did not issue a ticket, and the two fist-bumped after talking about the problems afflicting the avenue. Hernandez praised the police effort.

The next day, Grasso was there to help apprehend a shoplifting suspect at nearby Tommy Hilfiger, who had been detained by store employees after he stashed a handgun under some clothes.

Bower said the issue requires a level of police manpower that might be difficult to maintain.

“What happens when we leave?” Bower said. “For years, our numbers have been down.”

Police spokesperson Sgt. Kevin Fair said there is no set timetable for the deployment to end.

“There is a possibility that overtime could be involved,” he said in an email. “The enforcement in this particular area will not take away from the services that are provided to the rest of the residents and visitors of Atlantic City.”

Small acknowledged the effort strains resources in the police department, which has seen staffing cuts under state control.

“The key is redeployment,” he said. ”Do we need more resources? Absolutely.”

He says residents and business owners have already noticed a difference.

Lydia Roman, who works at 4MFashions, praised the effort.

“They’re cleaning up,” Roman said. “You got to clean the house before you do anything for the tourists. Otherwise, they’re not going to be around. It’s helping a lot.”

Ahmad Davis, a barber and DJ and lifelong friend of Small’s, said the effort was welcome on Atlantic and would be also welcome elsewhere in the city.

“You start herem and then you move straight on back,” he said, motioning toward the residential areas of Atlantic City, away from the Boardwalk and its main streets of Pacific and Atlantic Avenues.

Hanifah Beyah, who was on Atlantic with her granddaughter, said the crowds of loiterers had been absent since the detail started.

“I’m seeing better,” she said. “Where’d the crowd go? They were all out there. It was crazy. They’d snatch your pocketbook. You couldn’t ever go in the shops.”

Inside DTLR, a national lifestyle and sneaker chain Small helped recruit to Atlantic City, three police officers greeted employees, including assistant manager Shamera Haywood, who said, “For us, it’s a big thing. It’s a big difference. We get a lot of thieves.”

Seeing the officers do a little browsing themselves pleased the new mayor.

“We want everyone to support our local economy,” Small said.