Waseca County Sheriff's Deputy Josh Langr spent 20 days at the Hennepin Healthcare Burn Center in Minneapolis after he touched a downed power line at the scene of a fatal car crash. 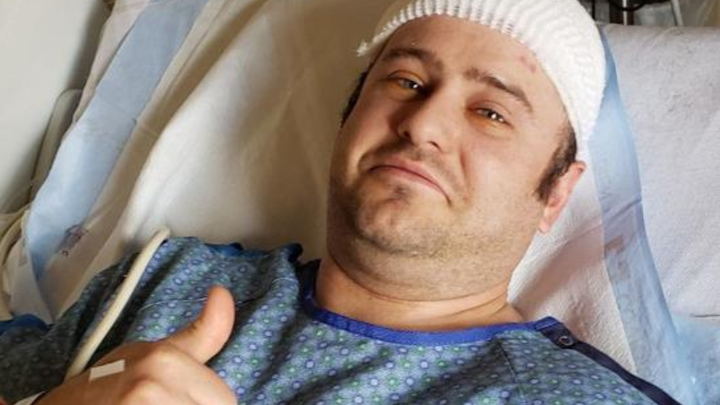 WASECA, Minnesota -- A Waseca sheriff's deputy who was badly burned by a power line has been released from the hospital.

Deputy Josh Langr spent 20 days at the Hennepin Healthcare Burn Center in Minneapolis after he touched a downed power line at the scene of a fatal car crash in Waseca on Oct. 23.

The deputy needs continued treatment for burns on his head and his feet, but he was released from the hospital Monday. He's now spending a few days in an apartment close to the hospital, wife Kelly Langr wrote on her husband's CaringBridge page.

"It's been so nice to have somewhere close to land so that Josh can acclimate to life on the outside at his own pace,” Kelly wrote.

Josh will soon head home “for rest and recuperation for a few weeks” before his next surgery, Kelly wrote. He will need additional skin grafts and possibly other surgeries to heal his head wound.

An online fundraising page continues to raise money for the family. More than $7,000 has been donated at https://www.gofundme.com/f/josh-langr.

In a message posted on the Waseca County Sheriff's Office's Facebook page last week, Josh called his medical crisis a temporary setback and he said the community support is helping his recovery.

“The outpouring of love and support that my family and I have received from the community is — simply put — stunning,” he wrote. “I have always felt Waseca is an amazing town, but the support we've received is indescribable.”