An Osceola County Sheriff’s deputy who had her license suspended after she killed a driver in a crash while inside her patrol car has been fired and her appeal denied following an internal investigation into her driving record, according to documents. 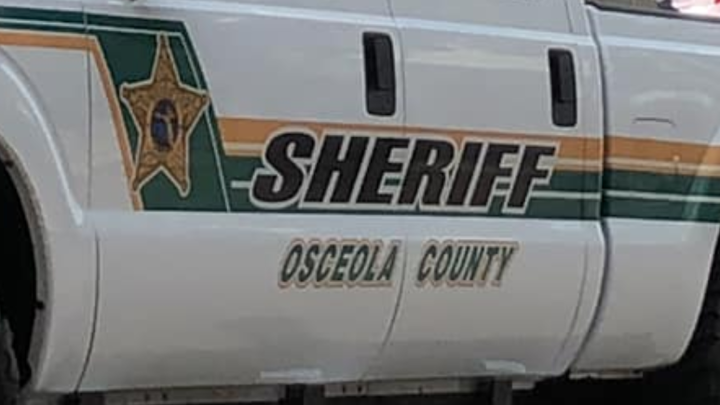 OSCEOLA COUNTY, Florida -- An Osceola County Sheriff’s deputy who had her license suspended after she killed a driver in a crash while inside her patrol car has been fired and her appeal denied following an internal investigation into her driving record, according to documents.

According to an Internal Affairs report released Tuesday, Deputy Gloria Boccio was fired after a nearly yearlong probe into five crashes in which she was involved between November 2017 to November 2018 after investigators noted “a possible pattern of driving behavior which is contradictory to her training and agency policy.”

The decision to fire Boccio was made Oct. 15, which she unsuccessfully appealed. She was first hired in the agency’s communications division before becoming a deputy May 2017.

After reviewing the traffic accidents, investigators concluded Boccio violated three agency policies governing work performance and adherence to the law, noting she “appears to have an issue with her ability to recognize and avoid certain driving situations that lead to collisions.”

Included in that review was the Oct. 5, 2018, crash that killed Robert Johnston, a 34-year-old Clermont man who was on his way to an IT job at Disney when Boccio rear-ended his pickup truck after not stopping for a red light on West Irlo Bronson Memorial Highway and Lindfields Boulevard in west Osceola County.

Boccio had her license suspended six months and had to pay $1,500 in fines and fees after pleading no contest to a careless driving charge, court records show. A second charge, driving without a seatbelt, was dismissed as part of the plea.

The sheriff’s office placed her on administrative leave following the fatal crash and was later allowed back on full-duty status about a week later, according to investigative documents. She was involved in a crash about a month later.

“Your inability to maintain control of your vehicle in the listed incidents showed a deficiency in performing your duties in a manner that maintains the highest standards of efficiency in carrying out the functions and objectives of the Osceola County Sheriff’s Office,” investigators said in a memo Oct. 21 notifying Boccio of their decision.

In January, the Osceola County Board of County Commissioners approved a $200,000 settlement to Johnston’s family for his death, but the family said it’s preparing further legal action against Boccio.

“Now that the county has fired Gloria, it is clear she is not covered by sovereign immunity. So the estate will be filing a civil suit against her personally this week,” Johnston’s brother, Brian Johnston, said in an email.

David Bigney, Boccio’s attorney, did not respond to a request for comment.

Investigators said Boccio didn’t display any driving issues while training to be a deputy, and she didn’t experience issues while participating in a high-speed driving exercise.

But according to the report, Boccio was found at fault for three of the five crashes in which she was involved in the 18 months she worked at the sheriff’s office as a deputy.

On Nov. 11, 2017, she was found “chargeable” by the sheriff’s office’s Loss Control Review Board after damaging the panel to the driver’s side door by backing into a guardrail while trying to make a U-turn on Interstate 4. She was trying to turn around after being called away from an unrelated accident.

On Nov. 6, 2018, nearly a month after Boccio was allowed back on duty while the sheriff’s office investigated the fatal crash, she was cited by Florida Highway Patrol for making an improper lane change while traveling north on State Road 417 near State Road 408, which led to her rear-ending a white pickup truck.

She was cleared in two other crashes, including a Jan 7, 2018 incident in which two patrol cars were damaged when her vehicle rolled into them after she forgot to set the car to park while investigating a “suspicious vehicle” in Poinciana. The review board found her “unchargeable” on appeal after a service center representative told investigators it was possible the vehicle may have “slipped” out of park.

The other crash happened June 10, 2018, when Boccio was rear-ended by a white Nissan Altima while she was waiting at a red light.

Moments before the fatal crash, Boccio’s patrol car was traveling over 40 mph, the report said. And while the now-former deputy said at the time her braking system failed, further analysis by investigators found her brakes were working and she didn’t begin slowing down until fractions of a second before the collision into Johnston’s truck.

Investigators were unable to determine what distractions, if any, might have caused the crash, according to the report. Her agency-issued laptop and phone were not being used at the time, but it’s unknown whether she used her personal cell phone since she declined to provide those records.

Boccio denied using her cellphone at the time of that crash.