Abigail Arias, the 7-year-old girl from Freeport who gained national prominence for her fight against a rare form of kidney cancer and her desire to be a police officer, finally succumbed to her battle with a Wilms tumor. 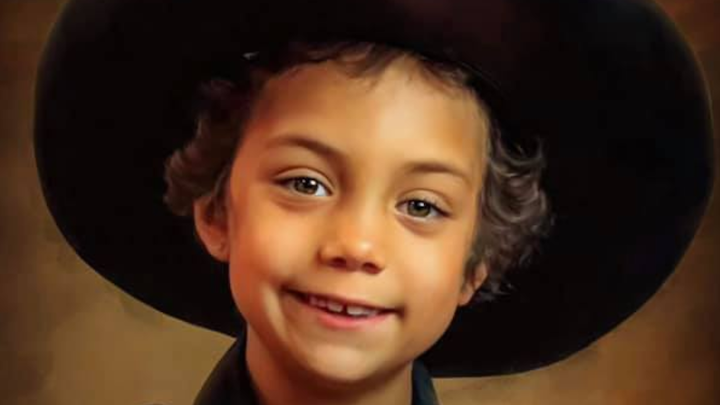 FREEPORT, Texas -- Abigail Arias, the 7-year-old girl from Freeport who gained national prominence for her fight against a rare form of kidney cancer and her desire to be a police officer, finally succumbed to her battle with a Wilms tumor.

Freeport Police Chief Raymond Garivey was the first to make "Officer Abigail" an honorary cop and became her close friend and supporter. He shared the news of her passing on Freeport PD's Facebook page:

It is with heavy hearts that we announce the passing of Abigail Arias, the child who became an officer, a change agent for good and today, an Angel.

Abigail, also known as Officer Arias 758, went to be with our Lord early this morning surrounded by her family and friends.

Her love, compassion, and most importantly, her magnanimous spirit, will live on for generations to come.

It’s both our duty and privilege to embody what Abigail taught us: to live life to the fullest, to never give up hope no matter the odds, to fight “the bad guys” passionately, and most importantly, to love one another - and always Stay Relentless!

Abigail Arias, lovingly known as "Officer Abigail", had suffered with cancer since 2017.  Over the past few months, she had been made an honorary police officer in her hometown of Freeport, Texas, as well as by department as far away as New York.

In mid-October, Abigail's father, Ruben Arias, tearfully shared on Facebook that she began experiencing pain in her left side. When they met with her oncology team, Arias said the family was told that 3/4 of her left lung had been consumed by the tumor — and the right lung "was not far behind." Arias said doctors asked for permission to start coordinating with a hospice care for her medication.

But "Officer Abigail" didn't let that keep her down. She still made several appearances, and her wish came true to meet the Houston Astros' Jose Altuve ahead of the first game of the World Series against the Washington Nationals.

“She has touched millions of people’s hearts in the nation,” Garivey said. “She fights the bad guys just like us police officers.”

Danny Hermosillo is the Digital News Editor for Chron.com | Read him on our breaking news site, Chron.com, and our subscriber site, HoustonChronicle.com | Follow him on Twitter at @Dannyherm1| Email him at Danny.Hermosillo@chron.com