A birthday party turned violent Saturday in Hanford and ended with two off-duty law enforcement officers dead and another man critically wounded in what Kings County sheriff’s investigators describe as a "murder-suicide." 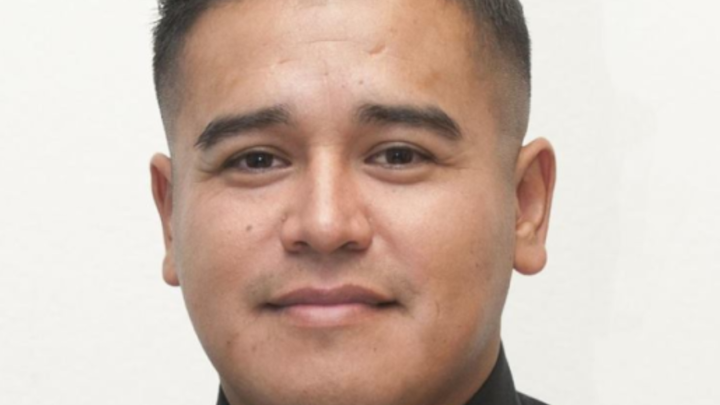 The shooter, identified by the sheriff’s office as Ramiro Trevino Jr., is believed to have opened fire on his father and a friend around 9 p.m. at a home in the 8000 block of Eddy Street.

The violence erupted during a birthday party for Trevino’s father in the small neighborhood on the western outskirts of Hanford, the sheriff’s office said in a news release.

According to the Hanford Sentinel, Diaz was the father of two sons.

Investigators said they believe Diaz and Trevino Sr. broke up an argument between the younger Trevino and his girlfriend and took the woman outside the home. When the two men re-entered the home, Trevino Jr. opened fire. Deputies said he was armed with multiple firearms.

After shooting both men multiple times, the 32-year-old Trevino Jr. turned the gun on himself, deputies said in the news release. Deputies identified Trevino Jr. as a Kings County welfare fraud investigator.

Cmdr. Mark Bevens, in a telephone interview Sunday, declined to comment on the firearms involved in the violence. He said investigators will be looking into whether any of the guns were law enforcement service weapons.

“For now, it’s just too early to say,” Bevens said. “They’ll need to run ballistics on them and check serial numbers.”

According to a Lemoore Police Department social media post, Diaz was the department’s Public Safety Officer of the Year in 2018.

The Hanford Sentinel in 2018 reported Diaz began his law enforcement career in July 2014 as a reserve officer in Huron and was named Officer of the Year in that department in 2015. He joined the Lemoore department in August 2015 “where he consistently leads the other patrol officers on his shift in traffic stops and arrests,” the Hanford paper reported.

Diaz “mentors at-risk youth in Lemoore through the Youth Adult Awareness Program and enjoys spending his free time with his two sons,” the paper said.

The Lemoore Police Department declined to comment on Diaz’s death Sunday but a statement was expected to be made on Monday.