The U.S. Supreme Court considered Monday whether a case emerging from a traffic stop in Lawrence set a precedent for heavy-handed use of police power or affirmed a reasonable approach to protecting public safety from dangerous motorists. 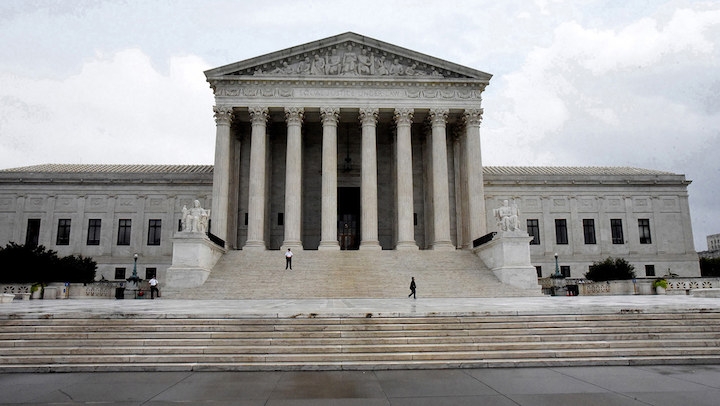 The Supreme Court of the United States in Washington, D.C., on Sept. 25, 2018.
Olivier Douliery/Abaca Press/TNS

WASHINGTON -- The U.S. Supreme Court considered Monday whether a case emerging from a traffic stop in Lawrence set a precedent for heavy-handed use of police power or affirmed a reasonable approach to protecting public safety from dangerous motorists.

Constitutional implications center on the Fourth Amendment right of people to be secure in their persons, houses, papers and effects against unreasonable searches and seizures. Specifically, this case asks, was it reasonable in April 2016 for Douglas County sheriff's deputy Mark Mehrer to pull over a 1995 Chevy 1500 pickup based on an assumption registered owner Charles Glover, whom the deputy confirmed had a suspended license, was behind the wheel?

Mehrer subsequently discovered Glover was, in fact, driving and he was charged as a habitual violator for driving with a revoked license. The district court suppressed evidence of the traffic stop because Mehrer lacked reasonable suspicion Glover had broken the law. The Kansas Court of Appeals reversed, but the Kansas Supreme Court affirmed the trial court's suppression action. The state sought relief from the U.S. Supreme Court.

"The only fact that would give rise to suspicion of illegal activity is the identity of the driver," said Sarah Harrington, who argued before the nation's highest court on Glover's behalf. "It was Kansas' burden to establish that the officer had reason to suspect that Mr. Glover was driving. But the officer stipulated that, actually, he had no idea who was driving."

Toby Crouse, solicitor general for Kansas, said the deputy consulted a database from his patrol vehicle that confirmed Glover had a suspended license and couldn't operate the vehicle. It is a logical next step to perform an investigatory stop of the pickup, he said.

"Reasonable suspicion is a minimal standard," Crouse said. "It permits a brief investigation upon an officer's objective and particularized suspicion. Common-sense judgments and inferences about ordinary experiences are the touchstone of reasonable suspicion."

Michael Huston, an attorney with the U.S. Department of Justice arguing in support of Crouse, said the traffic stop was constitutional because it was reasonable for the deputy to infer Glover was the person driving a truck registered in his name.

"The Fourth Amendment asks police officers to be reasonable," Huston said. "It does not ask them to set aside common sense when they step into the patrol car."

Harrington said attorneys for the state and federal governments wanted the Supreme Court to adopt a nationwide rule declaring it reasonable for law enforcement officers to assume vehicles were being driven by unlicensed owners.

"But, in three briefs and now 27 minutes of oral argument, they have offered literally no way for this court to assess whether that is, in fact, a reasonable assumption," she said. "They simply assert that it is common sense in every circumstance and in every community in the country. But that's not true, and that's not how the Fourth Amendment works."