The administration sought to deny funds to local governments whose police did not notify immigration agents before releasing noncitizens from jail, or give federal officers access to the jails. 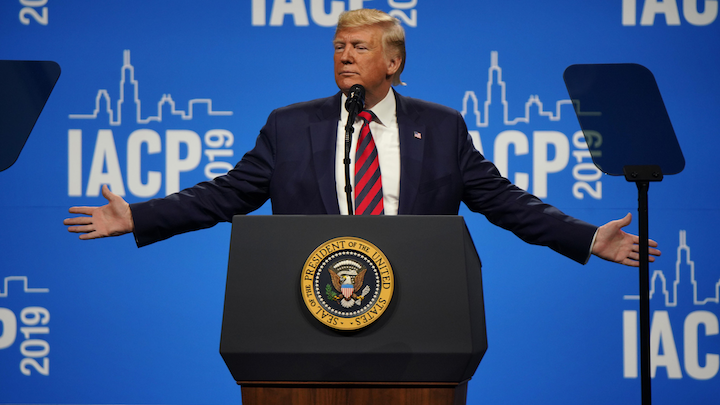 The federal law that established the Justice Department’s Byrne Grants, used for such purposes such as hiring police, establishing drug courts and working with local governments on crime prevention, didn’t authorize the department to require immigration enforcement assistance as a condition of funding, said the Ninth U.S. Circuit Court of Appeals in San Francisco.

The administration sought to deny funds to local governments whose police did not notify immigration agents before releasing noncitizens from jail, or give federal officers access to the jails — requirements that self-described “sanctuary cities” like Los Angeles and San Francisco said would weaken public safety by making immigrants afraid to report crimes to police.

The court said such requirements “do not relate to a program funded by Byrne.”

The ruling was written by Judge Sandra Ikuta and joined by Judge Jay Bybee, both appointees of President George W. Bush with strongly conservative records. The third panel member, Judge Kim Wardlaw, an appointee of President Bill Clinton, agreed that the funding cutoff was illegal but said the majority had left the door open to future reductions aimed at individual cities and counties.

In July, the same panel voted 2-1 to uphold similar restrictions imposed by the Trump administration on funding for a different program, Community Oriented Policing Services, or COPS, used to hire and train police to work with members of the community on safety programs. The Justice Department “reasonably determined that illegal immigration enforcement is a public safety issue,” Ikuta said in the majority ruling, with Wardlaw dissenting.

That ruling is on hold while the city of Los Angeles, whose funds were at stake, asks the full appeals court for a rehearing. Thursday’s ruling also involved a grant to Los Angeles but could affect a separate challenge by San Francisco and the state of California to similar conditions attached to their Byrne grants.

In that case, a federal judge ruled against the Trump administration in March, preserving a $1.5 million grant to San Francisco and $29 million to the state. The administration’s appeal was put on hold by the Ninth Circuit to await a ruling in the Los Angeles case.

John Coté, spokesman for San Francisco City Attorney Dennis Herrera, said Thursday’s decision should resolve some of the issues in the city’s case.

“There is no law requiring local governments to participate in immigration enforcement, but the Trump administration wants to coerce our police into becoming their deportation force,” Coté said.

Los Angeles City Attorney Mike Feuer called the ruling “a victory for public safety on our streets, and for the Constitution.”

The case is part of an ongoing court battle over President Trump’s attempts to enlist state and local governments in his deportation campaign. California’s “sanctuary” law, prohibiting state and local officers from cooperating in immigration enforcement, has been upheld by a federal judge and the Ninth Circuit court, but the Trump administration is seeking review from the Supreme Court.

The high court has yet to weigh in on the attempted funding restrictions, which have been largely rejected by lower courts around the nation.

Next month the justices will hear arguments on Trump’s attempt to repeal DACA, or Deferred Action for Childhood Arrivals, former President Barack Obama’s program that has allowed 700,000 unauthorized immigrants who entered the United States before age 16 to get work permits and reprieves from deportation, renewable every two years. Trump’s opponents in that case include the state and the University of California.