A proposal by Precinct 2 Commissioner Adrian Garcia to rename the downtown criminal courthouse after Deputy Sandeep Dhaliwal, however, so far has failed to gain widespread support. Commissioners Court will consider the measure Tuesday. 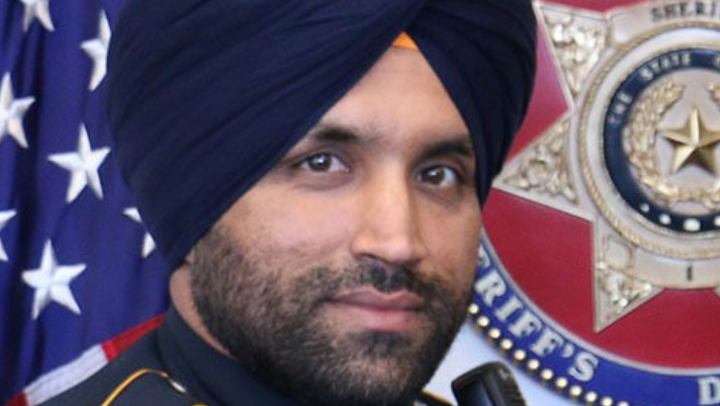 A proposal by Precinct 2 Commissioner Adrian Garcia to rename the downtown criminal courthouse after Deputy Sandeep Dhaliwal, however, so far has failed to gain widespread support. Commissioners Court will consider the measure Tuesday.

Garcia said renaming the 20-story Criminal Justice Center after Dhaliwal is appropriate because the lawman embodied the ideals of a fair justice system: honor, dignity, respect and integrity.

“That is what I think any participant in the criminal justice system, whether willing or not, would want when they walk into the building,” Garcia said.

The Harris County Criminal Defense Lawyers Association opposes the idea, saying it could deny his accused killer the opportunity for a fair trial and could prejudice juries in future cases, especially those involving police.

“The jury is instructed that a law enforcement officer’s testimony is entitled to no greater deference than any other witness by the mere fact of that officer’s occupation,” the group wrote in a letter to Commissioners Court. “Yet juries will be reminded each day upon entering the courthouse of a deputy killed in the line of duty.”

Chief Public Defender Alex Bunin raised similar concerns, and said courthouses must remain neutral places to resolve disputes. Bunin and the defense lawyers association instead urged county leaders to find a more fitting way to honor Dhaliwal, such as by naming a non-judicial building in his honor.

Garcia called the concerns of defense attorneys “completely unfounded” and rattled off a list of county facilities name after former officials, including the Clinton F. Greenwood Courthouse in Baytown, named for a deputy constable killed in 2017. The vote by the Republican-dominated Commissioners Court to put Greenwood’s name on the annex was unanimous.

Garcia said if the concerns of the defense attorneys had merit, the corruption trial of former Harris County Commissioner Jerry Eversole would have been unfair because the federal courthouse where the proceedings took place is named for Bob Casey, a former elected official who served in the House of Representatives.

Whether Garcia has the votes to put Dhaliwal’s name on the courthouse was unclear Monday. His two Democratic colleagues, County Judge Lina Hidalgo and Precinct 1 Commissioner Rodney Ellis, who have backed local criminal justice reform efforts, said they had yet to decide whether to support the idea.

Garcia said he did not speak with any Commissioners Court members or the Dhaliwal family before placing the proposal on Tuesday’s agenda.

Republican Precinct 3 Commissioner Steve Radack said court members would be wise to listen to the concerns of officials within the criminal justice system and consider an alternative memorial to Dhaliwal. Radack in 2015 persuaded his colleagues to name a park after Harris County Sheriff’s Office Deputy Darren Goforth, who was killed at a gas station earlier that year.

“I don’t want to see anything named that would create any controversy for the deputy or his family,” Radack said of Dhaliwal.

Precinct 4 Commissioner Jack Cagle, the other Republican on the court, proposed naming the the Criminal Justice Center the First Responders Memorial Courthouse to honor all emergency personnel who have died on duty, including 59 Harris County law enforcement officers since 1915.

Ed Gonzalez, the current sheriff, said he is grateful Commissioners Court is considering how to honor Dhaliwal, but did not address the courthouse idea.

Harris County District Attorney Kim Ogg did not respond to a request for comment. 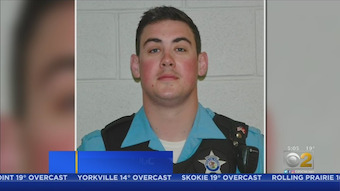