The week-long trial, which ended Friday, included testimony about several times Sgt. Keith Wildhaber was denied a promotion, about the use of demeaning, homophobic terms to refer to him, as well as the retaliation he faced, after filing a complaint. 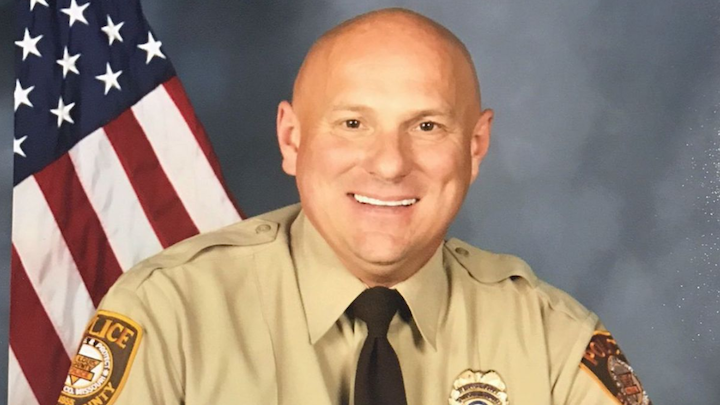 ST. LOUIS -- A 24-year veteran of the St. Louis County Police in Missouri, has won nearly $20 million in an anti-discrimination lawsuit.

The week-long trial, which ended Friday, included testimony about several times Sgt. Keith Wildhaber was denied a promotion, about the use of demeaning, homophobic terms to refer to him, as well as the retaliation he faced, after filing a complaint.

Additionally, accounts from fellow department employees, who were witnesses to the discrimination he faced, made for a lively and dramatic Hollywood-like trial.

“We wanted to send a message,” juror No. 4 said of the verdict, according to St. Louis Post-Dispatch “If you discriminate you are going to pay a big price. … You can’t defend the indefensible.”

In 2017, Wildhaber filed a discrimination complaint against his department with the St. Louis Police, alleging he was being discriminated because of his sexual orientation. He claimed that a former St. Louis County Police Board member told him to “tone down your gayness,” if he wanted to be promoted, the paper reported at the time.

Wildhaber said he was passed over a promotion 23 times. After he filed an EEOC complaint, he alleges he was retaliated against and transferred to another, less desirable precinct.

“Defendant believes plaintiff’s behavior, mannerisms, and/or appearance do not fit the stereotypical norms of what a ‘male’ should be,” the lawsuit read.

In the trial, Dana Woodland, the girlfriend of an St. Louis police officer, corroborated his story, saying that he was referred to as “fruity” by police Capt. Guy Means in 2015, and added that Means told her that Wildhaber would never get a promotion because he was “way too out there with his gayness and he needed to tone it down if he wanted a white shirt.,” a term that refers to a higher position in the force.

Means testified Thursday claiming he didn’t even know Woodland, and said that he didn’t recall attending the 2015 event, when he had supposedly used the derogatory term to refer to Wildhaber.

The following day, in a scene that could’ve been written to a clichéd court drama, Woodland produced a set of three pictures showing Means and Woodland posing for a photo booth shoot, taken at a St. Louis County Police Welfare fund-raiser, where the two can be seen smiling and hugging.

She also showed the court a receipt showing that she had paid $147 for a photo frame for Means — whom she considered a friend — which she said she had seen it hanging in his office.

Russ Riggan used that situation to demonstrate to the jury how far the county is willing to go, to maintain its position against Wildhaber.

“The county should be ashamed,” Riggan said. “Our community deserves better,” he added, bringing attention to the “far-reaching” implications on discrimination cases in the workplace the case could generate.

The defense claimed that Wildhaber wasn’t being promoted because of a corruption allegation, which Wildhaber denied.

No disciplinary action was ever taken against him, in connection with the alleged incident.

In the end, Police Chief John Belmar admitted that Wildhaber’s lawsuit had been a factor in denying him promotions, which according to Riggan was the “best sound bite” of the case.