After deliberating 35 minutes Monday, a jury found Mikel Brady guilty of all four counts of first-degree murder in the deaths of four prison employees during an attempted escape from the Pasquotank Correctional Institution two years ago. 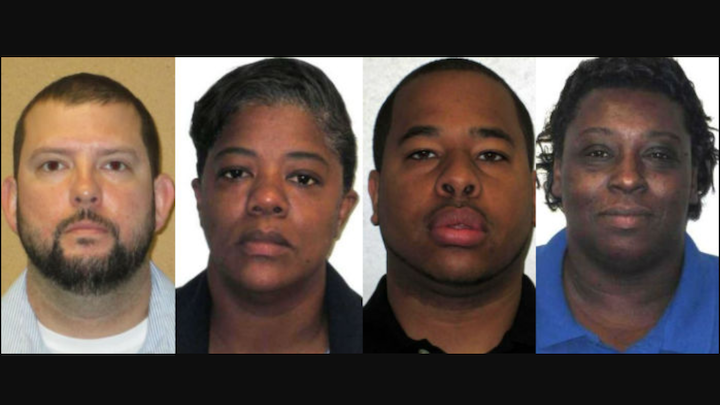 PASQUOTANK, Virginia -- After deliberating 35 minutes Monday, a jury found Mikel Brady guilty of all four counts of first-degree murder in connection with an attempted escape from a Pasquotank County prison two years ago.

Brady, 30, remained stoic at the announcement of the guilty verdict.

In closing arguments, District Attorney Andrew Womble revisited much of the testimony given last week in Dare County Superior Court. He showed photos again of the four prison employees lying in pools of blood following the attacks. The photos were taken from prison video cameras.

The photos showed Brady and three other inmates armed with hammers or scissors and standing over the victims. He emphasized the brutality of the attacks and that the escape was planned for months.

“The victims in this case are entitled to justice,” he said.

Brady was also found guilty of 10 other counts, including attempted escape, assault with a deadly weapon and setting a public building on fire.

The jury is set to hear testimony in a second phase over whether Brady should get life in prison or the death penalty.

Brady is the first of the four inmates to go to trial. He pleaded not guilty. The four inmates involved worked in the sewing plant of the Pasquotank Correctional Institution when they tried to escape on Oct 12, 2017.

It is the deadliest prison escape attempt in the state’s history.